Recognising the importance of providing contraception and family planning, Paraguay’s National Contraceptive Services Committee, ‘Comité para la Disponibilidad Asegurada de Insumos Anticonceptivos’ (DAIA), was established in 2003 and is supported by USAID and the UNFPA. The DAIA Committee aims to increase the access, use and understanding of contraception. The ambition behind this is to empower women and girls, improve socio-economic development and reduce poverty throughout Paraguay.

In 2004, fecundity in Paraguay stood at 2.9, with 17.9% of women in need of family planning services. The DAIA Committee has built and strengthened an enabling policy environment, leading to increased funding and political commitment to contraceptive access throughout the country. Most notably, it has led to the passing of a law securing protected public funds to purchase contraceptives and opening the possibility that contraceptives could be obtained through social security means.

Resolución 1392/2011. Formal recognition of the DAIA Committee. [In Spanish]

Throughout the Latin America and Caribbean region, the sexual and reproductive health of women and girls has historically suffered low prioritisation. The DAIA Committee constitutes a model example of how to foster an enabling political environment for women’s sexual and reproductive rights for the thorough implementation of legislation. The Committee applies a progressive approach centred in advocacy activities. This is based on an understanding of the importance of women’s empowerment and contraceptive access for socio-economic development, as well as facing the global challenge that unregulated population growth poses.

Constituted by experts with decades of learning and experience, the Committee is not rigid and follows five year strategic plans, adapting to the changing political environment. Resulting from their successes in advocating for legislation, the DAIA Committee has been recognised as central to the enabling and forward-looking climate surrounding contraception in Paraguay today.

Paraguay’s population stands at almost 7 million, of which 54% live in urban areas and 46% in rural regions of varying remoteness. Predominately an agricultural country, it was ranked by the World Bank as a lower middle income economy in 2012, despite being one of the poorest in Latin America. One in three Paraguayans live in poverty, with 1 in 5 afflicted by extreme poverty.

According to the Population Policy Data Bank, the fertility rate in Paraguay between 1995-2000 stood at 4.2. A crude birth rate in 2004 stood at 29.2, and the maternal mortality rate, measured in 2000, was calculated at 170 deaths per 100,000 live births. Sixty-three percent of girls between the ages of 11-19 have been pregnant or given birth. [World Bank Indicators]

Abortion is only permitted where it will save the life of the woman and clandestine abortion is common, with 35% of Paraguayan women estimated to have had at least one abortion. Information on sexually transmitted diseases is difficult to document due to under-reporting but in 2004, UNAIDS and WHO estimated that 0.5% of adults in the country live with HIV/AIDS.

In 1990, an estimated 15% of married women between 15-49 had an unmet need for contraception with 49% of women calculated to use modern contraceptives in 1998. Within this, the contraceptive pill was used by 14% of women, 7% chose female sterilisation, 6% selected the intrauterine device and 5% preferred contraceptive injections. Thirteen percent of women chose traditional methods such as herbs known as yuyos.

Historically, family planning services were illegal and/or heavily discouraged. This is due to a wide range of factors, such as Paraguay being a deeply religious and catholic country, where many viewed abortion as immoral. Throughout the 20th century, Paraguay was sparsely populated, and fertility rates had not been perceived as a problem until their population started to grow to unsustainable levels.

This changed in the late 1980s, where the right to family planning services were guaranteed under the 1992 Constitution, where Article 61 states:

‘The State recognises the right of persons to freely and responsibly decide the number and the frequency of the birth of their children, as well as to receive, in coordination with the pertinent organs[,] education, scientific orientation, and adequate services in the matter. Special plans of reproductive health and maternal-child health [care] for people of scarce resources will be established.’ [In English]

The objective of the DAIA Committee is to guarantee contraceptive use and access, as well as reproductive rights.

The initial Strategic Plan had five objectives: political commitment and leadership, contraceptive financing and procurement, resource allocation, contraceptive logistics and management, and demand and use of services. [USAID/Healthy Policy Project 2013]

Committee members have been drawn from a large pool of experts with a history of family planning advocacy. Coming together, they designed an Official Strategic Plan (2005-2010) and later (2011-2015) with a two part approach: simultaneously engaging in policy dialogue to obtain internal funds through advocacy activities, as well as strengthening the delivery system for the contraceptives themselves.

The Committee’s main duties are as a technical entity, using data and information to develop recommendations, plan, determine priorities and undertake advocacy, policy building and decision-making activities. Their work is underpinned by regular coordination meetings where stock is taken of their activities, successes and failures.

A range of educational meetings are held: from informal meetings to large forums, in which representatives of the government, NGOs and the private sector are invited to discuss national policies, suggest solutions, raise awareness and build consensus.

The Committee adapts strategically to their audience: encouraging the first contraceptive purchase by the Paraguayan Social Security Institute through emphasising savings and later by pointing to the unmet need for family planning services. Throughout their work they compare the purchase of contraceptives to that of vaccines. As vaccines would be prioritised even if there was a lack of financial resources, so too, they argue, should contraception.

The Committee’s emphasis on advocacy has also ensured that policies adopted are implemented. Their internal rules emphasise that a law must not only assure funds, but also the mechanism with which they are purchased. This is reflected in the 2011 law on reproductive health.

Besides this, the Committee prepares brochures and conducts meetings with members of Congress supportive of family planning. One member of Congress was also invited to a regional Contraceptive Security meeting in Peru, in order to invite comparison between Paraguay and other countries in the region.

Apart from advocacy activities, the Committee engages with personnel on the ground, providing training in counseling and promoting access to contraceptive services.

The success of the DAIA Committee led it to be formally recognised by the government in 2011. This meant that the 2011-2015 Strategic Plan was able to include the purchase of condoms for the prevention of pregnancy and HIV.

The advocacy of the Committee has led to the passage of the 2011 Law 4313 which sets asides public funds especially for the purchase of contraception by the ‘Instituto de Prevision Social’ [social services] through international agencies, as well as exempted the purchases from taxes. This guarantees financial resources for family planning in Paraguay, building upon the 2007 Law 2907, which protected funds for the buying, maintaining and distribution of contraception.

Also adopted was Resolution 598, which established that all contraceptives delivered through the Ministry of Health would be free, as well as contraception consultations. Consequently, demand for contraception through the public sector doubled.

Finally, under the new government, the 2014-2019 National Sexual and Reproductive Health Plan was approved. Demonstrating the high level of political commitment to family planning and contraceptive services, the plan aims to improve the sexual and reproductive health of Paraguayans through inclusive and integrated public policies. Political commitment can also be seen by the 2014 decision to declare 29 November of each year as National Family Planning Day.

Potential as a Transferable model

In less than a decade the DAIA Committee has cultivated an enabling policy environment, improved access to contraception and increases political and financial commitment to family planning and contraceptive services.

The DAIA Committee is a viable and workable template, suitable for imitation by other countries with similar socio-economic and historical contexts. Due to the religious, cultural and linguistic similarities between Paraguay and other countries in the Americas, it appears particularly regionally relevant. 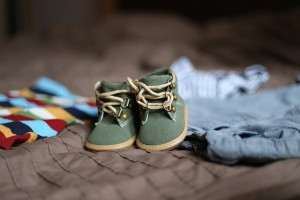 'In less than a decade the DAIA Committee has cultivated an enabling policy environment, improved access to contraception and increased political and financial commitment to family planning and contraceptive services.'