The horrific health and environmental consequences of nuclear testing in the South Pacific and growing concern about the risks of nuclear war led to a surge in anti-nuclear sentiment and campaigns in Aotearoa-New Zealand in the 1970s and 80s, which, in turn, led to the adoption of a nuclear-free policy by the government in 1984. In 1987, the policy was cemented by the New Zealand Nuclear Free Zone, Disarmament, and Arms Control Act, which was adopted despite considerable opposition from New Zealand’s allies, and is among the strongest existing legal prohibitions against nuclear arms

In 2013, the New Zealand Nuclear Free Zone, Arms Control and Disarmament Act, 1987, received the Silver Award of the World Future Council’s annual Future Policy Award, held on the theme of disarmament, in partnership with the UN Office for Disarmament Affairs and the Inter-Parliamentary Union. On 23 October 2013, at a ceremony held at the UN Headquarters in New York, the Act was recognised as a leader amongst peace and disarmament initiatives and for having fundamentally changed Aotearoa-New Zealand’s culture, role and identity on the world stage as the result of a movement which originated in civil society.

New Zealand’s nuclear-free law is the most comprehensive and far-reaching nuclear weapons prohibition law in the world.

New Zealand’s nuclear-free policy was very much the result of a bottom-up movement. It has inspired other countries and regions to undertake similar initiatives and has given great impetus to the global nuclear abolition movement.

Research shows that the law facilitated New Zealand to fundamentally change the country’s culture and identity and role on the world stage. It is now seen as a leader on peace and disarmament initiatives and has gained respect in the process.

The horrific health and environmental consequences of nuclear testing in the South Pacific, growing concern about the risks of nuclear war, and government plans to develop nuclear energy led to a surge in anti-nuclear sentiment in Aotearoa-New Zealand in the 1970s.

Among the campaigns employed by the anti-nuclear movement was the Declaration of Nuclear Weapon-Free Zones (NWFZ) in classrooms, work places, towns and cities. By the 1984 general election, over 66 percent of New Zealanders lived in such NWFZs, and the victorious Labour Party, under leadership of David Lange, had adopted an unequivocal policy to ban nuclear weapons from the country’s territory and waters.

Our nuclear free status is a statement of our belief that we and our fellow human beings can build the institutions which will one day allow us all to renounce the weapons of mass destruction. We are a small country and what we can do is limited. But in this as in every other great issue, we have to start somewhere.

A critical moment came in 1985, when the New Zealand government refused a request from the United States to allow the visit of the non-nuclear destroyer USS Buchanan on the grounds that it was potentially capable of carrying nuclear weapons. The US subsequently suspended its obligations to New Zealand under the ANZUS treaty.

The primary objectives of the law are:

The law’s provisions are aimed at implementing New Zealand’s anti-nuclear stance, which encompasses:

Although New Zealand never possessed nuclear weapons, or an active nuclear weapons programme, it was a member of the ANZUS alliance that effectively provided New Zealand with US extended nuclear deterrence. The anti-nuclear policy drastically changed the nature of this alliance, as the US suspended its treaty obligations to New Zealand in response.

Although it did not physically disarm any nuclear warheads, the law kept the Cold War nuclear stand-off between East and West out of New Zealand and had strong normative effects for building the nuclear prohibition principle. The law challenged the nuclear deterrence doctrine and was aimed at preventing and diminishing vulnerability by mitigating the highly lethal potential of the nuclear enterprise. It also re-shaped the national identity of New Zealand as a “clean, green and nuclear-free” country.

New Zealand’s nuclear-free legislation is among the strongest existing legal prohibitions against nuclear arms, and at the time was the first of its kind. It goes beyond the country’s obligations under the 1985 South Pacific Nuclear Free Zone Treaty (Treaty of Rarotonga), which permits port visits of nuclear ships.

However, the law has some significant limitations and there have been calls to further strengthen this policy. It does not ban the entrance of nuclear weapons into New Zealand’s territorial waters (12-mile extension from land) or Exclusive Economic Zone (EEZ) (200-mile extension). In 2000, the Green Party introduced a bill aimed at extending the legislation to prohibit the transit of nuclear-armed or propelled warships, as well as transport of nuclear waste through the 200-mile EEZ. This was not unprecedented, as the 1995 Treaty on the Southeast Asia Nuclear Weapon-Free Zone (Bangkok Treaty) includes such a prohibition.  However, the New Zealand Government held that such an extension would be unenforceable, as well as in breach of the UN Convention on the Law of the Sea (UNCLOS).

In his testimony to the New Zealand Select Committee on Foreign Affairs, Defence and Trade, Judge Christopher Weeramantry, former Vice-President of the International Court of Justice and Councillor of the WFC, disputed both claims. Judge Weeramantry drew on his experience of implementing decisions of the International Court of Justice, noting that norms are generally complied with, even in the absence of effective enforcement mechanisms. As for the legality of such an EEZ-extension under UNCLOS, he held that nuclear weapon-armed submarines could be banned from the EEZ as they would constitute a threat of use of nuclear weapons, which the ICJ’s 1996 Advisory Opinion had found generally illegal under international law.  These arguments were unfortunately to no avail and the bill was defeated in its second reading in Parliament.

Although New Zealand’s nuclear-free legislation came under severe pressure from its Western allies –particularly the United States, United Kingdom and Australia– and led to significant diplomatic ostracism, successive governments have been steadfast in maintaining the policy and keeping it a cornerstone of the country’s identity.

More recently, a shift in the US attitude towards the anti-nuclear legislation has taken place under the Obama administration. In November 2010, during the signing of an agreement to forge stronger strategic ties between the two countries, US Secretary of State Hilary Clinton commended New Zealand’s leading role on nuclear non-proliferation, effectively ending the 25-year nuclear row.

New Zealand’s nuclear prohibition law has a number of elements which can be incorporated into a transferable model:

It should be taken into account that the domestic civil society-led anti-nuclear movement was vital to the eventual adoption and implementation of the government’s nuclear prohibition policy. The campaign to declare Nuclear Weapon-Free Zones (NWFZ) in classrooms, work places, towns and cities was particularly effective and can be easily transferred – in fact, it has served as a model for the anti-nuclear campaigns currently employed in Scotland. 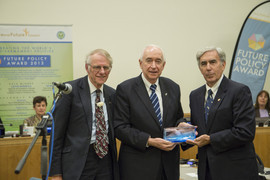