Ever since the first nuclear bombs were dropped on Hiroshima and Nagasaki, humankind has been living under the sword of Damocles, in fear of an imminent nuclear catastrophe that could wipe out all life on planet Earth. Though nuclear disarmament may have been recognised by the international community as an objective of the highest priority, its achievement has still proved elusive as obligations are left unfulfilled. Over 16,000 nuclear weapons still exist in the arsenals of the nine nuclear-armed states, many of which are ready to be launched at a moment’s notice.

However, exemplary nuclear disarmament solutions already exist. Such policies appear in a range of guises: some focus on more general and complete demilitarisation and disarmament, while others pursue the elimination of specific types of weapons. Some lead to an actual physical disarmament process, while others implement more normative disarmament principles. Some originate from and apply to national areas, while others are of a regional nature. Pioneering States are leading the way in reversing our dominant security paradigm and the belief that nuclear weapons are essential to our long-term security.

Alongside this direct action, it is essential in tandem to address and curb the exorbitant levels of investment in nuclear weapons by demanding divestment from their manufacturers. By combining such innovative policies, a powerful counter-force can be packaged to combat the inauspicious nuclear postures of a few, contribute to building and conceptualising the multilateral nuclear prohibition norm and re-frame the mindset as to how to pursue common security objectives through nuclear disarmament.

Achieving a world free of nuclear weapons will not only improve our environmental and human security through the avoidance of catastrophic nuclear war but is also vital to achieving our peace and development goals for the benefit of future generations.

END_OF_DOCUMENT_TOKEN_TO_BE_REPLACED

PNND is a non-partisan forum for parliamentarians nationally and internationally to share resources and information, develop cooperative strategies and engage in nuclear non-proliferation and disarmament issues, initiatives and arenas. WFC Councillor Alyn Ware is PNND's global coordinator and co-chair of the disarmament commission.

The Basel Peace Office is established to advance research, teaching and policy-development programs dedicated to international peace, conflict resolution and security to achieve the global abolition of nuclear weapons. The World Future Council is a founding member of this coalition.

The Nuclear Abolition Forum is a joint project of 8 leading organisations in the disarmament field, including the World Future Council. The Forum seeks to include a variety of perspectives rather than advocating any particular approach to achieving a world free of nuclear weapons. 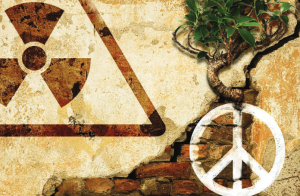 Handbook for Parliamentarians to support Nuclear Non-Proliferation and Disarmament

Produced in partnership with the IPU and PNND, this unique Handbook contains over 50 examples of good practice from around the world as well as more than 70 specific recommendations for action for parliamentarians. Click here to read it in English, French, Spanish or Russian!