Every year, more than US$1.6 trillion  is spent worldwide for military purposes. Meanwhile, over one billion people lack food security. Many more do not have the most basic access to clean water, education or health care. To build a culture of peace and ensure security across the world, the right policy incentives are needed.

The continuing existence of weapons of mass destruction poses a threat to life on Earth as we know it. Conventional weapons consistently undermine peace processes and fuel armed violence. Explosive remnants of war are still capable of destroying lives and the environment long after a conflict has ceased. There is no doubt: to achieve human and environmental security, we urgently need to re-direct military spending and disarm ourselves of nuclear weapons.

Achieving sustainable disarmament on all these fronts and building a culture of peace is essential to the tackling the interlinked challenges we face today. Many of the exemplary policies found here were highlighted by the 2013 Future Policy Award on peace and security, which UN Secretary-General Ban Ki-moon has welcomed, noting that:

“by recognizing proven policies for sustainable disarmament, the 2013 Future Policy Award provides a road map which can inspire policy-makers around the world.”

Nuclear weapons to be outlawed in national and regional legislation. The nuclear weapons possessing states to fulfil their obligation to negotiate a treaty, or framework of agreements, to ban and eliminate all nuclear weapons.

END_OF_DOCUMENT_TOKEN_TO_BE_REPLACED

Military expenditure to be progressively re-directed to advancing environmental, food and water security through treaties and agreements which promote a culture of peace.

END_OF_DOCUMENT_TOKEN_TO_BE_REPLACED

Foster a Culture of Peace

Recognise gun violence as a threat to public health and collaborate with civil society organisations and other stakeholders to reduce the number of firearms in circulation, educate society on the dangers of guns, and promote a culture of non-violence and peaceful conflict resolution. 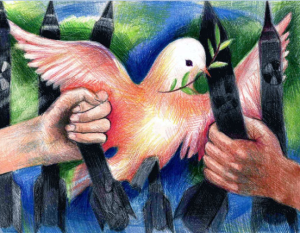 Learn more about the 2013 Future policy Award winners and honorary mentions in our brochure 'Celebrating the World's Best Disarmament Policies.' Available in English, Spanish and French.